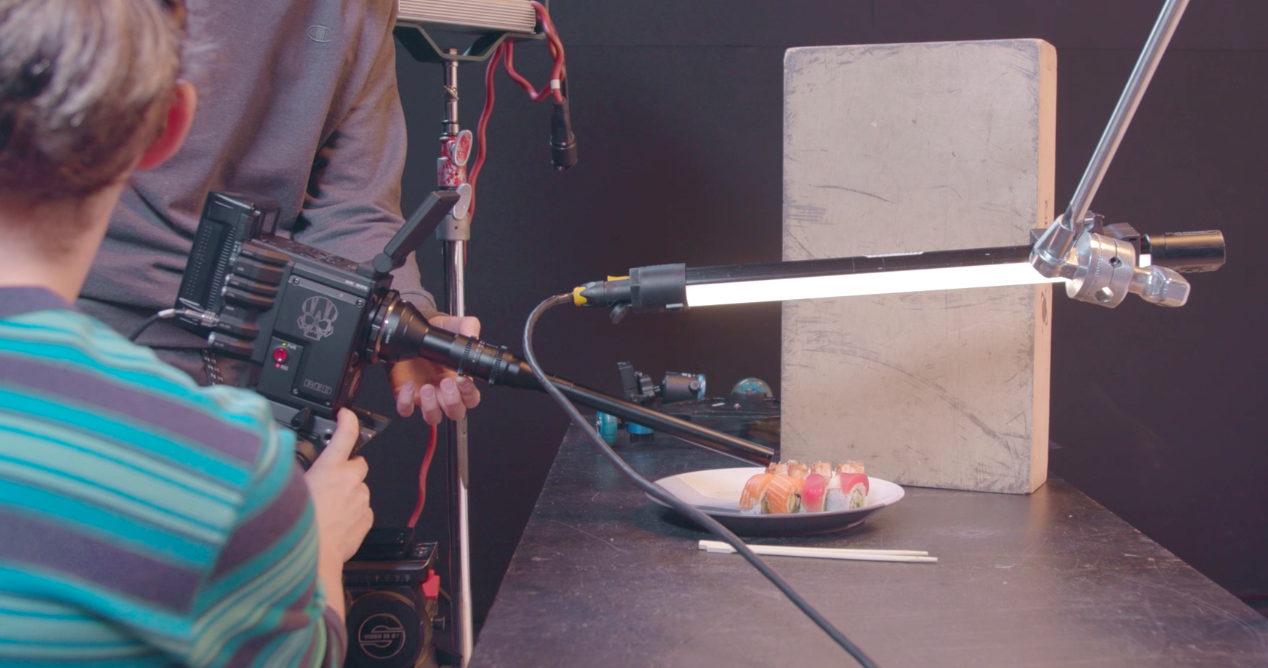 Probe Lens, what is it?

According the the New Oxford American Dictionary, to “probe” means to “physically explore or examine (something) with the hands or an instrument”. In the same text, a “probe” is a “blunt-ended surgical instrument used for exploring a wound or part of the body” or rather a “a small device, especially an electrode, used for measuring, testing, or obtaining information”. A probe lens may then be aptly defined as “a lens used to physically explore or examine something”. Probe lenses; therefore, have existed for centuries in the form of telescopes, or microscopes. If one were to venture further back in history, one might describe the “reading stones” invented in the 13th century used by monks to illuminate manuscripts as a form of probe lens. Perhaps too, the magnifying glasses invented in the 10th century were probe lenses, much like the reading glasses that rest on the bridge of one’s nose. Not every lens is a probe lens. Some lenses are used for decoration, for example, the lenses that are part of a chandelier. In the film and video industry, perhaps every lens is a probe lens. A lens is used to explore or examine the behavior of monkeys in the Congo in a documentary. A lens is used to explore or examine the artistic expression of our deepest ideas in a narrative motion picture. Perhaps the definition needs to be expanded. Perhaps, a manufacturer, in the film and video industry, of the 21st century, where thousands of lenses exist, must qualify a lens as a probe lens, because to probe is a very helpful concept to market the unique set of characteristics that combine to form the  Venus Optics Laowa 24mm f14 EF Cine-Mod Lens.

What makes the Venus Optics Laowa Probe Lens unique is the combination of design characteristics that increase a photographer or videographer’s ability to explore, or probe, subjects at close distance. This lens is a macro lens. A macro lens magnifies its subject so that it appears larger in an image than it is in reality. Macro lenses are considered “close-distance” lenses because the lens can be physically brought in very close proximity to the subject and still retain focus. The Venus Probe Lens can be brought within 0.8″ of the subject and still maintain focus. This lens is also a wide angle lens. Its 24mm focal length will provide greater depth of field, and thus more background detail relative to traditional macro lenses of longer focal lengths. The lens is 15″ long; therefore, the camera operator can position himself at a more comfortable distance from the subject. The front several inches of the lens barrel are 0.8″ in diameter. This will allow the lens to probe between objects and into smaller areas previously off limits to other macro lenses. The front of the lens contains an LED ring light for lighting close subjects. This provides a greater ability to focus your subject. The front 20 centimeters of the lens is waterproof, so one can even probe beneath the surface of liquid. The Venus Probe Lens has an EF Mount that works with a variety of Canon camera bodies. It is designed to work with Full Frame cameras, but can also work well with cameras with an APS-C size sensor. There are a couple different versions of this lens, and they are distinguished by their barrel design. Our version is the “Cine-Mod” version. The Cine-Mod version has iris and focus gears added to the design for iris and focus pulling with a follow focus. Our Venus Probe Lens Kit has everything you need to use the lens; however, depending upon your specific application, you may need additional accessories. Check out our original live stream that uses the Venus Probe Lens in combination with a Sony a7R IV, and other accessories to become even more familiar with this unique lens.

What do we include in our lens kit?

We include the following items in our Venus Probe Lens Kit”

Go to Magrents.com to create a rental order, or call us at 312-465-2366 to speak with one of our rental coordinators!