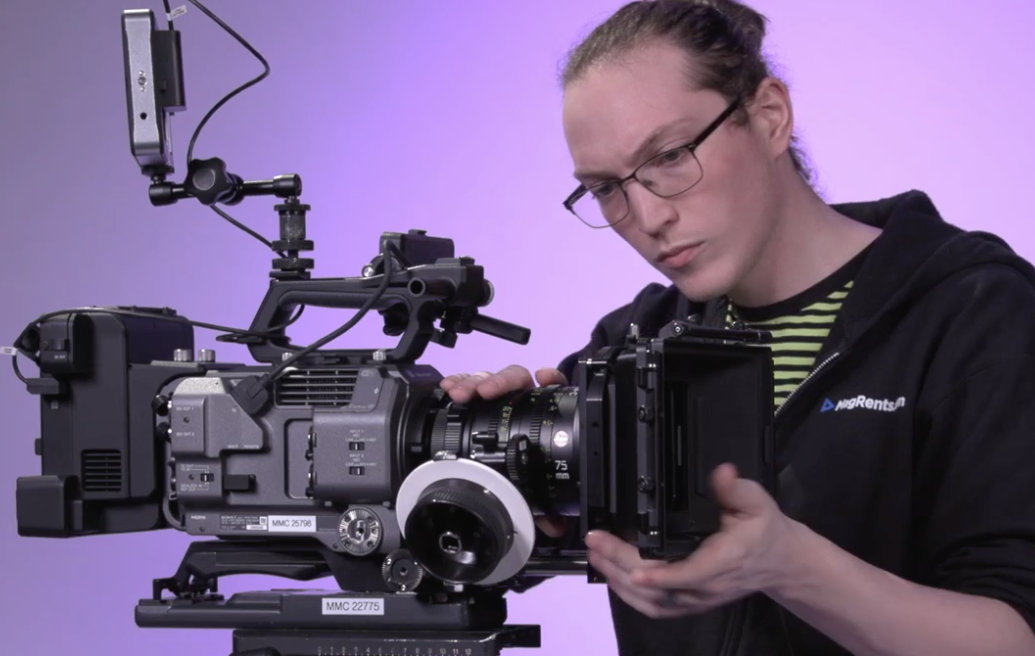 Sony FX9 Interview Setup, what is it?

A Sony FX9 interview setup, of course, includes the Sony FX9, which is a versatile digital cinema camera for any type of production, especially documentaries. It includes an integrated shoulder pad, and extension arm for camera support and control. The FX9 can run-and-gun right out of the box. Most documentaries also include interviews, and the FX9 is built to apply its versatility to these setups as well. The camera includes a 6K full-frame sensor, so if you’re running and gunning, and your subject is moving quickly, unbalancing your composition, you can re-frame your composition in post when you descale to 4K or HD. The built-in ND helps you quickly manage the light in your environment, while maintaining your depth of field. The advanced autofocus, facial detection, and image-stabilization functionality also greatly assists the run-and-gunner. Sony’s new color space, S-Cinetone, produces pleasing facial color tones which is optimal for interviews. The camera’s dual-native ISO, and 15+ stops of dynamic range, make it an excellent low-light performer, especially if you suddenly run into an environment that shifts dark. The Sony FX9 is a great camera for documentaries and interviews. We recommend adding several accessories to this camera, to make your production easier, and provide even more versatility.

The Leitz 75mm lens is slightly telephoto which helps separate the focus on an interview subject from the background. The lens is also color-neutral, and tack sharp edge-to-edge so it will take advantage of the FX9’s virtues. The SmallHD 702 monitor’s user interface functions as a page system, which makes it fairly easy to customize multiple control options, and then easily access these controls. The Arri Mattebox Bundle includes an Arri Adapter Plate to adapt a VCT Quick-Release Tripod Adapter for quick on-and-off movement from tripod-mounted interview setups, and then back to run-and-gun shoulder rig shooting. The mattebox includes two 4×5.65 filter trays for greater image control. The Black Pro Mist 4×5.65 filter provides an additional layer of versatility as it evens out the highlight roll-off in our image, adding a slight and soft haze to further control and balance facial skin tones.

The FX9 Extension Kit provides a V mount adapter for powering the camera and accessories. The unit’s P-tap output provides a power connection to the SmallHD 702 monitor which uses the 2pin LEMO cable and power adapter included in the monitor kit to draw power.

Setup up a free consultation, or go to magrents.com to build a rental order!