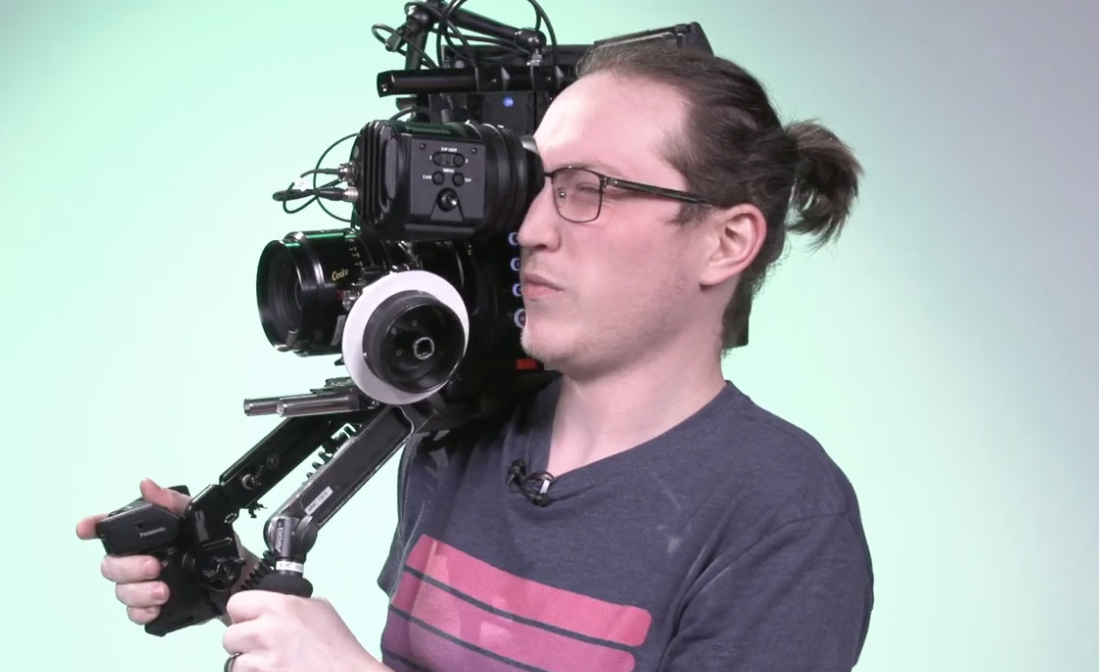 Panasonic Varicam LT, what makes it a great camera?

The Panasonic Varicam LT digital cinema camera, follows current industry camera design, while exceeding specifications. The camera boasts a dual-native ISO of 800, and for low-light performance, an ISO of 5000, which exceeds similar camera types such as the Sony FX9. The Varicam LT, while maxing out at around 14 stops of dynamic range while shooting in V-log, can record a 4K resolution at 60 frames per second, but also 2K, at an exceptional 240 frames per second. Our camera kit includes just about everything you need to start shooting. It includes a shoulder mount, an EVF, and an extension arm for shoulder rig setups. The shoulder mount is designed to attach to a quick-release tripod adapter for swift adaptation to a studio build, and then back to a shoulder rig.  The kit includes an Anton Bauer Gold Mount Battery Package to power the camera and accessories. It also includes P2 media to record your high-resolution video, and an SD card to record your proxy video. The Varicam LT also pairs well with the Panasonic AG-EVA1 Cinema Camera for multi-camera productions that need a budget-friendly B-roll camera or two. A few gear additions gets the Panasonic Varicam LT shooting, and even more adaptable to a variety of productions.

The Cooke Mini S4 lens gives you that “Cooke look”. The Cooke look is a soft capture of highlights and rich colors, which provides a reduced need for additional filtration, or color grading in post-production, depending upon what you’re trying to achieve. The TV Logic monitor provides very good brightness for monitoring your video in outdoor or bright environments, when you’re mounted to a tripod, and prefer a larger screen than the EVF provides. The additional Arri hand grip and Arri handgrip extension mounts parallel to the kit’s included hand-grip module for optimal shoulder rig support. The Arri follow focus is the perfect manual lens control device for 15mm rod configurations. Finally, the trusted Sachtler V20 S1 tripod is more than capable of supporting the weight of the Varicam LT and all of its accessories.

Setup up a free consultation, or go to magrents.com to build a rental order!